History of the Airport

Located northeast of Shreveport Regional and now known as Shreveport Downtown Airport, the facility’s history dates to 1929. In that year, a bond was issued for $1.8 million to construct the airport and to purchase land for neighboring Barksdale Air Force Base in Bossier City. Of the bond money, $300,000 was used to construct the city’s first municipal airport. 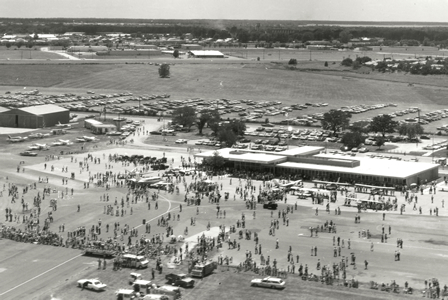 Construction of the Downtown Airport began in 1930 in a location just north of Shreveport’s downtown district. The official dedication took place June 30, 1931. The airport initially consisted of an open field with an air sock located roughly in the middle. This allowed aircraft to depart in virtually any direction depending upon the direction of the wind.

In 1931, the airport received its first commercial airline when Delta Air Lines chose a route through Shreveport as part of its initial flight schedule. The route consisted of Dallas to Shreveport and on to Monroe, La., and to Jackson, Miss.

Between 1940 and 1963 a number of airport improvement projects were undertaken, including the development of paved runways in the early 1940s, paving of taxiways, hangar construction, runway lighting, aircraft parking ramp construction, development of T-hangars and the installation of medium intensity lights on Runway 14-32, the primary runway.

Continued Growth at the Downtown Airport

Growth, however, continued at the Downtown Airport. In November 1968, a parallel taxiway to Runway 14/32 was built. This was in addition to the construction of a T-hangar taxiway and the replacement of the medium intensity lights along Runway 14/32 with high-intensity lighting. Originally, the airport had three runways, however, Runway 18-36 was closed in 1978 and converted into Taxiway J. Conventional hangar development had taken place along both ends of the taxiway.

The City of Shreveport and Louisiana suffered through a severe economic recession throughout the 1980s and early 1990s. This recession led to a number of corporations selling their aircraft which operated at the Downtown Airport. This, combined with rising aircraft and insurance costs, led to a general decline in air traffic at the airport through the mid 1990s. In December 1995, the tower ceased operation because of this downturn.

Despite the recession, several positive announcements were made in the late 1980s and early 1990s, including the establishment of a Southern University Airframe and Powerplant mechanics school at the airport.
In recent years, the Shreveport Airport Authority has worked to strengthen the Downtown Airport and to position it for the future. With the return of general aviation traffic both nationally and in the Ark-La-Tex region, the Downtown Airport’s strength has also returned. Following a multi-step plan, the Shreveport Airport Authority has seen the airport again grow to be the largest general aviation airport in Louisiana.

In 1999, the airport saw Runway 14/32 extended to 5,000 feet with an additional 300 safety area added to the north end. Finally, Runway 14/32 received a complete overlay in winter 2000, the first time the runway had been repaved in more than a dozen years.

In the 2000s, growth at the airport increased, which lead to dozens of private hangars being constructed on airport land. Growth continued into the next decade as well. To date, there are more than 150 hangars at Downtown Airport, with more than 350 planes based there.

The Shreveport Airport Authority is encouraged by the improvements made in recent years to the Downtown Airport and believes the Airport’s rich history will also include much growth in the years to come. 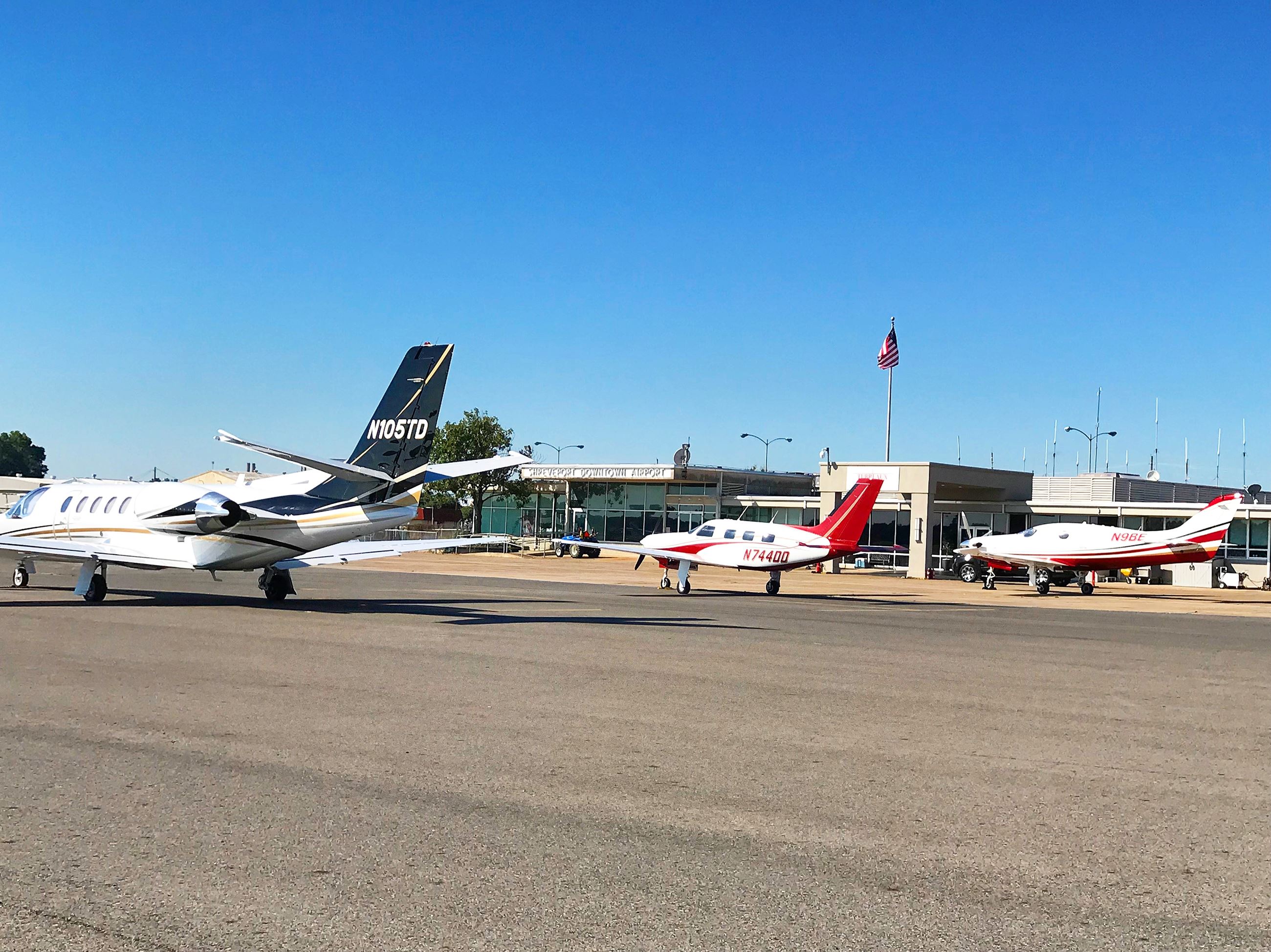